Can a medical intuitive, a dolphin trainer, and a dolphin change your life forever?

Here’s how it happened to me.

At age 26 it looked like I had it all.
I was a sought-after management consultant and technology futurist earning the equivalent of $300,000 in today’s money.
I rubbed shoulders with CEOs, had lived in Japan for a year, traveled to 27 countries, had an apartment in an exclusive area in Boston, drove a nice car, had a pretty girlfriend, and it all felt wrong.
I looked good but was empty inside. I was a management consulting supermodel.
(I know, not all supermodels are empty inside, it’s just a metaphor to make you laugh. I apologize to all supermodels who are offended by that statement.)
Then I met a Medical Intuitive named Winter Robinson who invited me to Florida to swim with dolphins and learn about the side of my brain that I wasn’t using as a technology marketing analyst.
I jumped at the chance for a new adventure and spent a week learning how dolphins communicate (with each other and with us.)
Everything changed.

Near the end of my week swimming with dolphins, something struck me.

The dolphins lived in pens on the side of the ocean with fences low enough that they could easily jump over.

That afternoon on the dock, feeding the dolphins, was a beautiful marine biologist with sun-kissed skin and hair bleached from the Caribbean mixture of salt and sun.

She had a calmness about her that I wasn’t familiar with.

I approached her, “I’d like to ask you a question,”

“I see the dolphins jump in the air far higher than the pens doing ‘tricks’ for food. Why don’t they just jump and be free?”

She paused for a moment that seemed like an eternity but was probably just a few seconds.

Then she looked up at me, smiled, and with the wisdom of a Sage said,

“Why do you do tricks for food? Why don’t you just jump and be free?”

Her smile remained and her eyes told me she understood what I was going through.

I tried to laugh, but those words hit me so hard that all I could do was smirk, “hmmph”, and nod.

That evening, I sat on the beach watching the sun set on the Gulf of Mexico and I thought,

I have been doing tricks for food, cars, clothes, and things that don’t fill me up in any meaningful way. Why don’t I just jump and be free.

Do you know why?

BECAUSE THERE ARE SHARKS IN THE OCEAN!

I met many sharks as an entrepreneur. Many.

But dolphins have a natural way of protecting themselves from sharks.

Do you know how they do it?

They swim in pods.

Sharks will attack a solo dolphin, but they won’t go near a group of them.

This is true for entrepreneurs too.

When we stick together, not even the Apex predator will come near us. We are free to learn, grow, and help others. In these pods, we can change the world.

This is why I started MasteryTV.
So we could thrive among the sharks.
Our pod is a big one and it’s growing every day. My wish is that this community gives you the strength and security to take risks that help change the world.
And even if we can’t change the world, let’s at least change your world for the better.
This I know we can do because we do it every day.
Welcome Home.
Welcome to MasteryTV 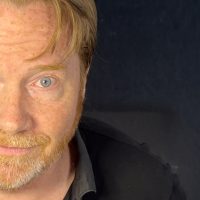