We aspire to create a massive world-wide community of 100 million Conscious Executives and Entrepreneurs by 2032.

We define a Conscious Entrepreneur as an individual who creates income by making a positive impact on people and the planet.

Here’s how we’ll achieve our mission:

You matter. There is nothing you need to do to be worthy of respect, kindness, joy, and infinite love. You are perfect, no matter what you’ve done or who you are. Your darkness allows us to see the light. Your light allows us to see who you really are.

There is a Path to Your Dreams

Thirty-five years ago, I left my job with IBM in Japan then later my job as an international management consultant and started my first business.

I’ve been an entrepreneur ever since. 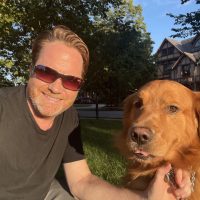 Nineteen years ago, two years before YouTube launched, my team and I launched MasteryTV – one of the first digital TV networks in the world, with three channels and 1000 videos.

Within a year we were in 90 countries, a million hotel rooms, and a mobile network in Asia. We had more than one million subscribers and tens of thousands of paying members.

They were fast, free, and pushing the limits. They didn’t have a compliance team so when our content ended up on their site it took months for them to get to it..

Eventually, all our content ended up on YouTube and we lost 50% of our subscribers in two months. Then we lost another 50% the next month.

Everyone told us to let it go and move on.

That was the right thing to do, of course.

But we didn’t listen.

It was 2005 and we had a vision beyond content. Our goal was to be the access point on your TV.

We leveraged our tech skills and differentiated ourselves by creating a box (BrightBox) you could put on your TV and stream all the channels you wanted.  Our box was a little clunky but we were one of the first US companies to have a device to stream content directly to your TV…

And then, 2 years later…

It was even harder to quit now, but we had no choice. We were out of money and we couldn’t compete with both YouTube and Apple.

You either win or you learn. The only failure is when you fail to learn from your setbacks and defeats.

Our story is the story of entrepreneurs world wide.

Entrepreneurs are a unique breed of humans who are willing to give up the cushy benefits of the corporate world for a chance to put it all on the line for a dream.

But it can get tough when you work twice as hard as everyone else for half the pay as you build for the future. Am I right?

Sometimes is lonely at 2 am as you catch up with sales, do the books, tweak your social media, add new SEO tactics, pay your employees and pray there is money left over for you and your family.

We all need a place to relax, recharge, and connect with like-minded people. And we all need motivation, inspiration, and direction.

You, not alone, achieving your dreams.

You’re not here by accident.

You’re reading this far down on the “About” page for a reason.

You need a community as much as this community needs you. We are perhaps kindred spirits on a journey together.

If that is the case, well…