How to Successfully Manifest Your Dreams | Eckhart Tolle

Eckhart teaches the principles of manifesting your dreams based on the teachings of Buddha and Jesus.

Want to watch and hear more of Eckhart’s Teachings? Become a member today and join our growing YouTube community! http://bit.ly/ETmembership

Did you find this short preview video helpful? Do you want more peace of mind? Or to bring more Presence into your days, your work, and other areas of your life? Join Eckhart Tolle Now, Eckhart’s online community, and get access to his new in-depth teachings every month, practical Q&A sessions with Eckhart, and member-only discounts on Eckhart’s online programs. 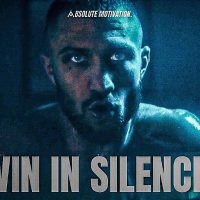 A Brilliant Introduction to Qi Gong With Lee Holden | Mindvalley